PotNetwork Holdings (OTC: POTN) has been one of the best performing cannabis stocks in the last five weeks.

Despite a recent pullback with the broader cannabis sector, shares of the US-based CBD specialist are still up more than 1,000% in just the last five weeks, jumping from $0.06 on December 26 to $0.65 on February 13.

Those are the kind of short-term gains that can have a serious impact on a shareholders financial profile.

If you missed out on the big move higher – don’t worry – I see this same pattern repeating itself with a little-known, CBD specialist that just began trading on the Australian Stock Exchange in early January. Let’s take a closer look.

This is a new cannabis stock – shares began trading on the Australian Stock Exchange on January 8, a little over a month ago.

I see average daily trading volume of 482K – so this stock is plenty liquid for 99% of investors.

I do not see a US-based, OTC ticker. That means any potential investors will have to buy shares through the Australian Stock Exchange. That shouldn’t be a big deal – almost every major brokerage firm in North American and really across the world offers access to the exchange Down Under.

The Elixinol LLC division is the reason this company reminds me of POTN. This is the area of the company that is handily producing the best sales and sales growth – and I also believe this division has the most short-term growth potential.

As a reminder: studies have shown that the non-psychoactive elements of CBD can deliver relief to a wide range of ailments, including aches, pains, anxiety, insomnia, and arthritis – without the euphoric effects provided by THC.

Elixinol has a ton of awesome information on the CBD market and benefits if anyone wants to take a closer look.

The Hemp Business Journal, a CBD media, and data company, estimates the CBD market will grow to $2.1 billion in consumer sales by 2020. That would be a 700% increase from 2016 (latest full-year data available).

This would make CBDs one of the fastest growing cannabis sub-industries.

Elixinol LLC is in position to cash in on this bullish trend.

The company has a wide product line of CBD consumer products that are sold in the US. 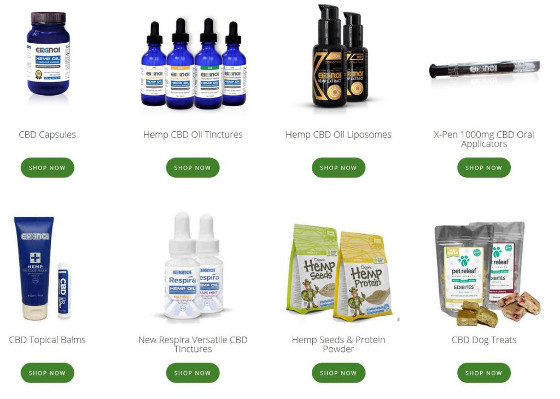 This group of products is already delivering impressive sales and growth.

What About the Other Two Divisions?

Elixinol Australia is working towards entering the Australian medical cannabis market. I see some nice potential here but as it stands this division isn’t producing any revenue yet.

That gives Elixinol a price-to-sales ratio of 9. That is high compared to the S&P 500’s 2.2, but within the high-growth cannabis sector, it ranks as one of the better value plays.

Elixinol is Down 27% Since Going Public in Early January

Elixinol has been slightly weak since going public in early January – shares are down about 27%.

I don’t view this weakness as being company specific. I see it as being driven by weakness in the broader cannabis sector. Looking forward, I expect shares to stabilize and trend higher.

I see a lot of potential for Elixinol in the Australian medical cannabis market. However, the company is still in the very early stages of entering this market and it needs to execute its plan.

CBD stocks have been hot – on display with POTN’s huge gain in the last five weeks. I am looking for Elixinol to follow suit and jump higher as more investors become aware of this undercover CBD stock.