According to data from cannabis industry media company, High Times, the cannabis lab testing industry is valued at $866MM in 2016.

With more countries legalizing cannabis, demand for testing is expected to soar, with the cannabis testing industry expected to grow to $1.4 billion by 2021.

Today, I am going to reveal a little-known cannabis company cashing in big time from this high-growth sub-industry.

Evio Labs (OTC: EVIO) is a promising young cannabis company headquartered in Oregon with a market cap of $18MM.

I see a lot of growth potential for Evio.

It’s important to understand the entire cannabis industry and the rigorous compliance required by growers.

Cannabis growers are required to hit certain regulatory targets.They are subject to report those results to regulators.

For example, cannabis growers and retailers can be required to self-test and report to regulators to ensure public safety.

On the consumer side of the business, cannabis growers have a strong financial incentive for quality and consistency. That is good for sales and branding.

Evio is a key partner that helps cannabis growers hit these goals. They offering a wide range of cannabis testing services.

Here a few examples of its chemical testing services.

CANNABINOID ANALYSIS:Not only are producers and consumers concerned with product purity and safety, but there is also a need to properly characterize Cannabis potency.

RESIDUAL SOLVENT ANALYSIS:We can assist in the detection of many residual solvents used in Cannabis extract production including butane, propane, hexane, acetone, ethanol, and more. 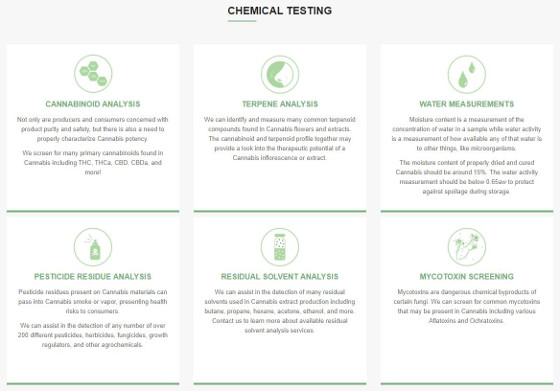 The company operates nationally but is heavily focused on the high-growth west coast cannabis industry.

It currently has locations in Oregon, California, Florida, Colorado, and Massachusetts. 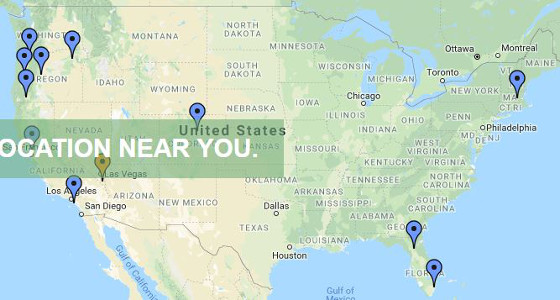 This company is thriving. I’m impressed with sales growth.

In 2017, Evio delivered some of the best sales growth I’ve ever seen in the cannabis industry.

Here are a few key stats directly from the press release.

Looking forward I am expecting plenty more growth. Evio continues to add new locations with an emphasis on high-growth markets in Oregon and California.

“Located in Berkeley, CA, C3 Labs has been serving the cannabis industry since 2015. a C3 Labs has been issued a Cannabis Research and Development business license by the City of Berkeley that permits them to provide cannabis scientific research, product design, development and testing. C3 Labs was one of the nation’s first, true, cannabis-focused contract research organization (CRO), with both field services and a state of the art research center in beautiful Berkeley, California.”

With California legalizing recreational cannabis in January, I expect this new facility and others to drive another year or big-time sales growth.

EVIO rallied with the broader cannabis sector in late 2017. Since then shares have been weak, down almost 50% in 2018.

I don’t view this weakness as a signal that Evio isn’t doing well. I see it a profit-taking in the short run. In the long run, I see it as a chance to be aggressive on a pullback.

Looking forward, Iexpect to see another year of strong sales growth and that should support shares on the chart.

Otherwise known as a “penny stock,” EVIO trades on US OTC markets.

US cannabis companies are still struggling with high levels of legal risk. Although the industry is still growing a ton, the legal uncertainty is slowing progress and keeping billions in fresh capital out of the industry and sector.

Evio is an early industry leader in cannabis testing solutions. The company is a direct play on the US cannabis industry, particularly the high-growth west coast market. This is a tiny stock so I am expecting volatility. In the long run, I am expecting big-time sales growth and bullish movement on the chart.